Prine was born in Jennings, Florida. After graduation from Miami Jackson High School in Miami, Prine made his acting debut three years later in an episode of United States Steel Hour. His next role was in the 1959 Broadway production of Thomas Wolfe’s Look Homeward, Angel. In 1962, Prine was cast in Academy Award-nominated film The Miracle Worker as Helen Keller’s older brother James.

From Wikipedia, the free encyclopedia 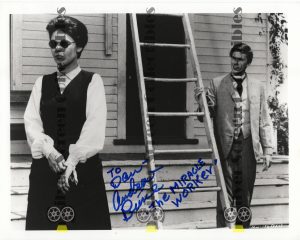