Billy Bonney is a hot-headed gunslinger who narrowly skirts a life of crime by being befriended and hired by a peaceful rancher, Eric Keating. When Keating is killed, Billy seeks revenge on the men who killed him, even if it means opposing his friend, Marshal Jim Sherwood. 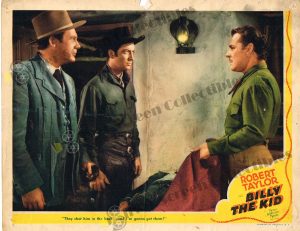