Butch Patrick (born Patrick Alan Caples on August 2, 1953 in Los Angeles, California) is a former American child actor. He is widely known for his role on the TV show The Munsters (1964–1966) where he played Eddie Munster, the son of Herman (Fred Gwynne) and Lily Munster (Yvonne De Carlo). He also appeared as Eddie in the 1966 movie Munster, Go Home.

Description above from the Wikipedia article Butch Patrick, licensed under CC-BY-SA, full list of contributors on Wikipedia. 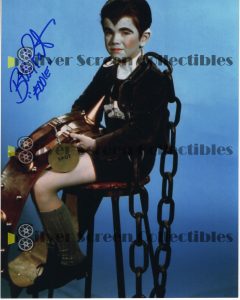