Condition: Very Good to Fine – With staple in upper left corner
Please check the included image closely to assist you in your purchasing decision.

Carl Reiner (March 20, 1922 – June 29, 2020) is an American actor, film director, producer, writer and comedian. He has won nine Emmy Awards and one Grammy Award during this career. He has the distinction of being the only person to appear on the The Tonight Show with each of its five hosts.

Description above from the Wikipedia article Carl Reiner, licensed under CC-BY-SA, full list of contributors on Wikipedia​ 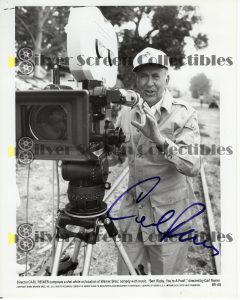