We use cookies to ensure that we give you the best experience on our website Close
View cart “Chevy Chase” has been added to your cart.

Inscription: To Dan. A great image of Chase reading the news at the SNL news desk. 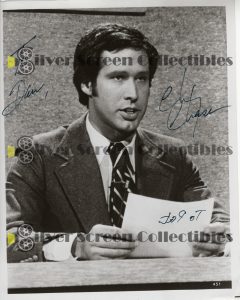