A gang of tough street kids decide to go straight and get jobs in order to free draft-age men for the war effort. However, because of their past tangles with the law, they can’t find anybody who’ll hire them. Finally one of them gets a job at the department store where his sister works, but runs afoul of a store executive who is in league with a ring of hijackers. 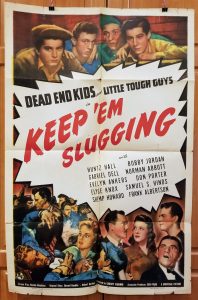