She grew up in Middletown Township, New Jersey and graduated from Mater Dei High School in 1979. She attended Emerson College, where she was a sister of Sigma Pi Theta and graduated with a Bachelor of Fine Arts.

She also guest starred in Star Trek: Deep Space Nine as Grilka in the episodes “The House of Quark” and “Looking for par’Mach in All the Wrong Places”.

She completed a seven-month run in the play Tamara and later appeared in the off-Broadway production Program for Murder. 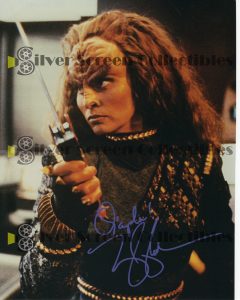