Set in the American Old West of the 1880s, Miss Flower Belle Lee (Mae West) is on her way to visit relatives out west. While she is traveling on a stagecoach a masked bandit on horseback holds up the stage for its shipment of gold. As he makes his getaway with the gold, he takes Flower Belle with him. Flower Belle then walks into town under suspicion of being in collusion with the bandit. 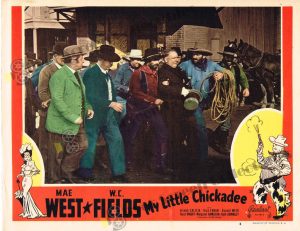