Condition:
Please check the included images (including one of Ms. O’Neal signing the poster) closely to assist you in your purchasing decision.

Going from a lawyer to a writer, and then to a film director, is the career path on which we find the bashful Leo Harrigan. But Leo has problems as well, such as being hopelessly smitten with his leading lady, who chooses to reward his attentions by getting herself hitched to Harrigan’s vulgar leading man, Buck Greenaway! This movie is based, extremely loosely, on the early career on Cecil B. De Mille. – Written by Alfred Jingle 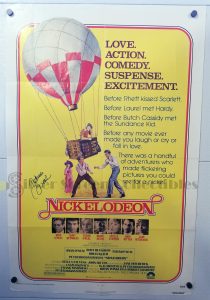