Sally Margaret Field was born in 1946 in Pasadena, California, to actress Margaret Field (née Morlan) and salesman Richard Dryden Field. Her parents divorced in 1950 and her mother then married stuntman Jock Mahoney, and they had a daughter, Princess O’Mahoney. She also has a brother, Richard Field. Sally attended Birmingham High School in Van Nuys, California.

Her acting career began in 1965, when she landed the role of Frances Elizabeth ‘Gidget’ Lawrence in Gidget (1965); it was canceled after only one season because of bad ratings. She went on to star in The Flying Nun (1967), which ran for three seasons. She also appeared in her first film in 1967, The Way West (1967) opposite Kirk Douglas. In the next few years she appeared in numerous TV movies and TV shows such as Maybe I’ll Come Home in the Spring (1971), Marriage: Year One (1971), The Girl with Something Extra (1973), and Sybil (1976). In 1977 she starred alongside then-boyfriend Burt Reynolds in the box office hit Smokey and the Bandit (1977), which led to a less successful sequel in 1980. In 1979 she starred in the popular film Norma Rae (1979) and she received her first Oscar for that role. 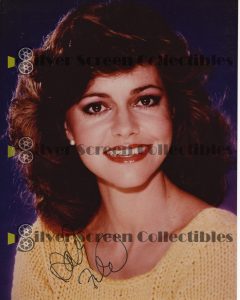