Condition: Very Good – With small corner creases.
Please check the included image(s) closely to assist you in your purchasing decision.

To build up attendance at their games, the management of a struggling minor-league hockey team signs up the Hanson Brothers, three hard-charging players whose job is to demolish the opposition. 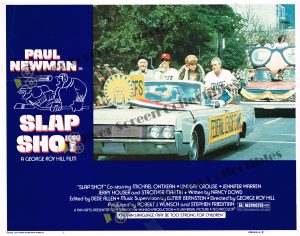